I have been meaning to write something about this for the last few weeks but I have been occupied with al kinds of other life type stuff. Doesn’t it stink when life gets in the way of your fun? At any rate, I recently went to Canada and had an amazing time. Our staff there was wonderful and took us on a bit of a sight seeing trip over the weekend before we flew back south.

We had two amazing excursions over the weekend after we had finished our work during the week. The first was to the Calgary Stampede. I have been to North Carolina’s state fair several times so I thought I knew what we were heading into. Once we got there I began to realize how wrong I was. The Stampede is like the largest fair you can imagine, and then doubled. Once you have that mental picture add in a gigantic arena where they have a mile long track to race chuck wagons and have a rodeo. It is the world’s largest rodeo along with the biggest fair I have ever seen. Now if you know anything about me it is that my favorite thing to do is eat. There were all kinds of vendors selling everything you can imagine just like at any other fair. I had a corndog and some lemonade and maybe a little barbeque here and there. The new food that I encountered while walking about was mini doughnuts. I love doughnuts just as much as anyone, but these came in a bucket and were about 2 inches in diameter. Once they put your freshly cooked doughnuts into a bucket you were offered a choice of sugary topping that was liberally applied to the top of the bucket. The sugar clung to the still glistening doughnuts. I am getting hungry just thinking about it.

Enough about the food… at least for now. After gorging on all manner of fair food we visited the exhibition all. It was just row after row of gadgets, inventions, and more food. We walked up and down the isles in absolute amazement. Finally it was time to retire to the hotel room and get some rest because another excursion was planned for the next day.

The following morning we were up bright and early to hear to the Canadian Rockies. I live in/near the mountains so you kind of get used to seeing mountains. The mountains in Canada are nothing like the mountains that we have here. In North Carolina we have lush green mountains that slowly climb up to beautiful peaks. In the Rockies the land is flat and suddenly the rocks just jut up thousands of feet. It is pretty amazing to see and completely different from what I am used to. I don’t know that the world beautiful quite does justice to the view. We went through a national park on our way up there and saw all manner of wildlife that I have not come closer to than the Discovery Channel prior to my trip. We saw several elk just milling about next to the road and then the most amazing then we saw was a grizzly bear and her cub. Knowing the rules about bears and their cubs we maintained a safe distance and just watched them from the car.

Once we arrived at highest point where we were going there was a large glacial lake with the bluest water in it that I have ever seen. We hiked out a few miles to stand on the glacier before heading back to the hotel. It was a pretty amazing day ended in the same way all of our days were ended, with my newest obsession, Tim Hortons Coffee. Tim Horton’s is Canada’s biggest habit. They have amazing coffee at a more than reasonable price as well as these great little doughnut holes that they call Timbits. They are similar to a Dunkin Munchkin but just a little better. I brought back as much coffee as I could carry back with me and we have been drinking it every day. My friend Dave was visiting Michigan and I got him to bring me some back from there so that my supply didn’t expire. Thankfully they have peppered the border with Tim Hortons so that you don’t have to have a passport to partake in the magic. 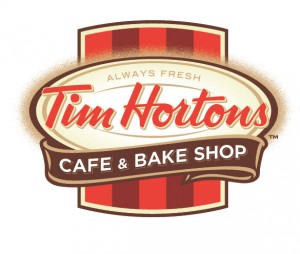 Oh by the way I almost forgot to mention. A hawk attacked my boss while he was out running. I have tried to tell him that exercise business was dangerous but he just didn’t believe me. He was out for one of his daily runs and apparently he had trod to closely to a nest and because he was listening to his iPod he didn’t hear the warning before he was attacked. I came downstairs to meet him for dinner and he tells me a hawk attacked him. He is a notorious prankster so of course I did not believe him right away. However, he showed me the top of his head and it was all scratched up. We got in the rental and drove over to the area where it happened and it was still sitting there perched atop a light pole and we assumed the nest was nearby.

Anyway it was bright and early the next morning and we were up and heading back to good old North Carolina. Check out the gallery below for some pictures from the trip.

Images from my trip to Canada

This entry was posted in Ramblings. Bookmark the permalink.