i have not updated much this week.  it has been a crazy week.  from working a strange schedule to helping out some friend fearing for their lives.  they reached a quasi solution this week.  right now the guy is on house arrest in his county wearing an electronic monitor and has been bared from entering burke county.  i just hope that keep him away until he can be tried.  on a fun and happy note jamie got her first pistol and we took it to the gun range last night.  she got a walther p-22 it is a lot of fun to shoot.  it has minimal recoil and it very accurate.  i will post a picture of it below and a link to the wikipedia article about it.  it is also a pretty safe pistol with a regular safety, a built in lock, and it will not fire without the magazine inserted even if there is a round in the chamber.  the built in lock is really neat.  you just turn it with the key and the gun is locked down.  you can’t pull back the slide to chamber a round and you can’t pull the trigger.  it completely bricks the gun.  we took dave with us to the range yesterday too.  he was shooting my baby desert eagle.  i don’t get to go to the range much and i had forgotten how much fun it was to shoot.  at 10 meters dave completely shot the red out of his target without much spillover into the black.  that thing is accurate. i was shooting my tiny kel-tec.  it is not as accurate or as fun as the eagle, but it will fit into your pocket.  the only pocket you are getting the eagle into is a pocket on a backpack, but it was the first one i had purchased and still my favorite.  when i was 21 and got that desert eagle i was thinking about what looks cool.  i had no concern for practicality… i just wanted to shoot stuff and i had watched too many action moves.  anyway i guess all of this recent danger has made me think about protecting my family.  the only way you keep those skills are to practice them.  now that jamie has her own gun to shoot i think we are going to make it a more regular habit to get in some practice.  if nothing else it is a great stress release.  it reminds me of a shirt a saw one time “happiness is a warm gun”.  plus, i would rather practice and never needs those skills than need them and not have them.  Like Louis Pasteur said “Chance favors the prepared mind.” 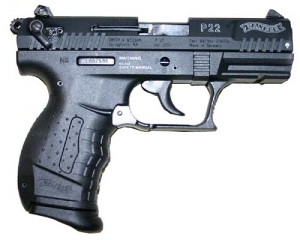 This entry was posted in Ramblings. Bookmark the permalink.
Logging In...