As VMworld 2011 draws to a close I thought I should write some about it before it starts to fade away and I get too busy to remember to do it. Currently I am drafting this on my iPhone because unlike last year the wireless is not as plentiful. In 2010 the event was held in San Francisco and this year it was held in Las Vegas. There were many differences, but much was also the same. We had some great speakers both for the individual sessions and for the keynote events just as last year. The difference is that this year all of the event was held in one gigantic building. Last year we were scurrying across the streets like nerd ants at a picnic. Another big plus this year was the ability to preregister for the sessions. Last year there were several times after running from one building to the next only to find out your desired session was already full and you had to just find something nearby to attend that was not what you were really interested in. After attending this year and having the registration process I do not know that I would attend another of these events if the registration process were removed. It was a good addition that should stay even as the conference moves back to San Francisco next year. As nice as it was to all be on one building for sessions I must admit I do prefer the downtown of San Fran to the strip of Las Vegas. It is a much quieter place and better suites my desire to get out and walk around in the evenings as I think about all of the days sessions. It is blisteringly hot here be it day or night and the sidewalks are so congested that I just prefer to avoid them and remain in the comfort of the air conditioning. San Fran has much more pleasant evenings. Walking outdoors here feels like standing in a planes jet-wash. There is never a cool breeze. Coming from the south you expect the breeze to cool you off not melt your face.

One of the amazing things that we have seen this year is the absolute precision with which the Vegas conference industry can feed 19,000 people quickly and efficiently. There were many times in San Fran where getting to eat took a lot of time and caused you to miss your next session. Hopefully they can marry the good aspects of both conference locations together next year for VMworld 2012 (that is of course providing that the world doesn’t end).

For anyone that works in the VMWare space you need to start saving your pennies now for next years conference because any questions that you have can be answered here. All of the heavy hitters of the VM space are here and readily accessible. I have been amazed at how easy it has been to network with authors, bloggers, vendors, and developers that are just looking to share their knowledge. Thanks for VMWare for putting on another successful conference.

All that is left is a few more sessions and then it is time to pack up and prepare for a long day of traveling tomorrow that is apparently going to start about 4am. 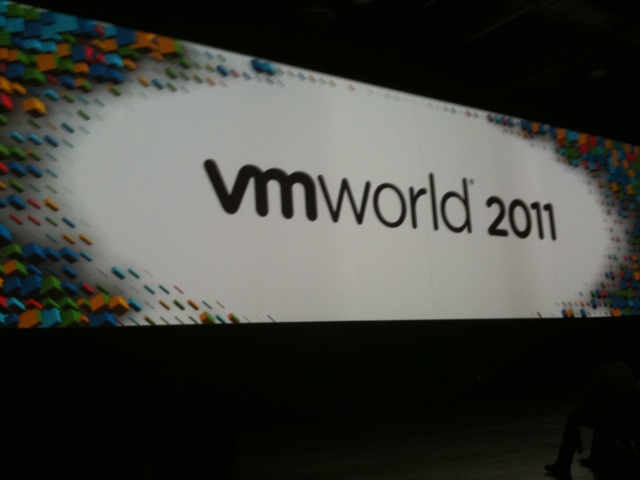 This entry was posted in Ramblings. Bookmark the permalink.